If you’re a fan of craft beer and amazing wine, Novel Taproom in Newton should be your official new gathering spot with friends! What sweetens the experience is their reputation as the best small live music venue around, focusing on regional and national acts, as well as some of the best local bands.

Novel Taproom opened in June 2020, right in the middle of Covid, but the idea had been swirling in the heads of owners Jeff and Sandy Allen for quite awhile. “I had this idea for the last nine years, but couldn’t find the right spot in Charlotte,” explains Jeff. Looking to market and support local breweries, he expanded his location search to the suburbs of Cornelius, Matthews, and Huntersville. But four years ago he was visiting Hickory for a business meeting and stopped in Newton to have lunch.

“I started snooping around town and found the old fire station in Newton might be available,” says Jeff. “But while negotiating with the city on that location,  I was even more struck by the building next door.”

It was indeed a process to seal the deal, but he was finally able to acquire the charming building that has become home to Novel. “The incredible history and ambiance of the building makes it unique,” says Jeff. “And not only do we have the best selection of craft beer in the area, but we have separated ourselves by the quality of live music we host every week.”

Jeff and his staff thoroughly (and enthusiastically!) research every beer on tap, and they love having the chance to promote lesser-known breweries in the area. He says the menu is on a constant rotation, giving customers lots of options.

“We also include many regional and national breweries,” says Jeff. “We have a total of 30 taps at the moment, and put up two to eight new beers every day. When our outside bar is complete, we will have a total of 46 taps.” In case you’re wondering, Jeff’s favorite is Reptar Juice New England IPA from 26 Acres Brewery in Charlotte, which he brought over when Novel Taproom opened. And it’s the all-time number one selling IPA there now – and one you definitely need to sample!

Since nothing goes better with a good cold beer than live music, Novel Taproom offers just that every Saturday, and on at least two or three Thursdays a month. Sometimes the schedule varies just right, to include music each weekend night! The diverse musical lineup appeals to a range of tastes: plenty of classic rock, 90s rock, country, outlaw country, blues, and bluegrass. Jeff is also looking to add a new artist showcase during the week, and hopefully, a jazz series once football season winds down. 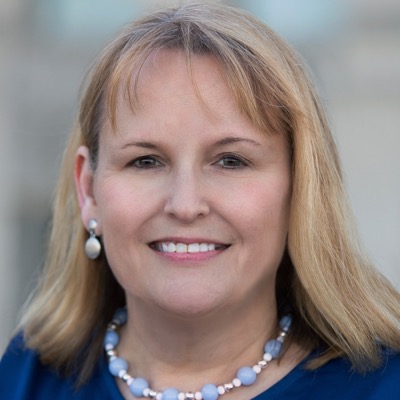 A long-time member of the Forsyth Magazines writing team, Martie is originally from High Point, and has a degree in journalism from UNC-Chapel Hill. She’s a Carolina girl in every sense of the word – she loves Carolina basketball! Martie has two grown sons, Beau and Matthew, who are the light of her life, and an adorable terrier mix named Murray joined their family last year as well! Martie enjoys traveling and listening to music. She loves the camaraderie of the women involved with the magazines, and the chance to spotlight and nurture small businesses.
View More Articles
PrevPrevious ArticleCool Kids Clubhouse: Caring for Kids Facing Cancer
Next ArticleThe Fancy Fork: One Hour Soft Cinnamon Rolls and Crispy Mac & CheeseNext